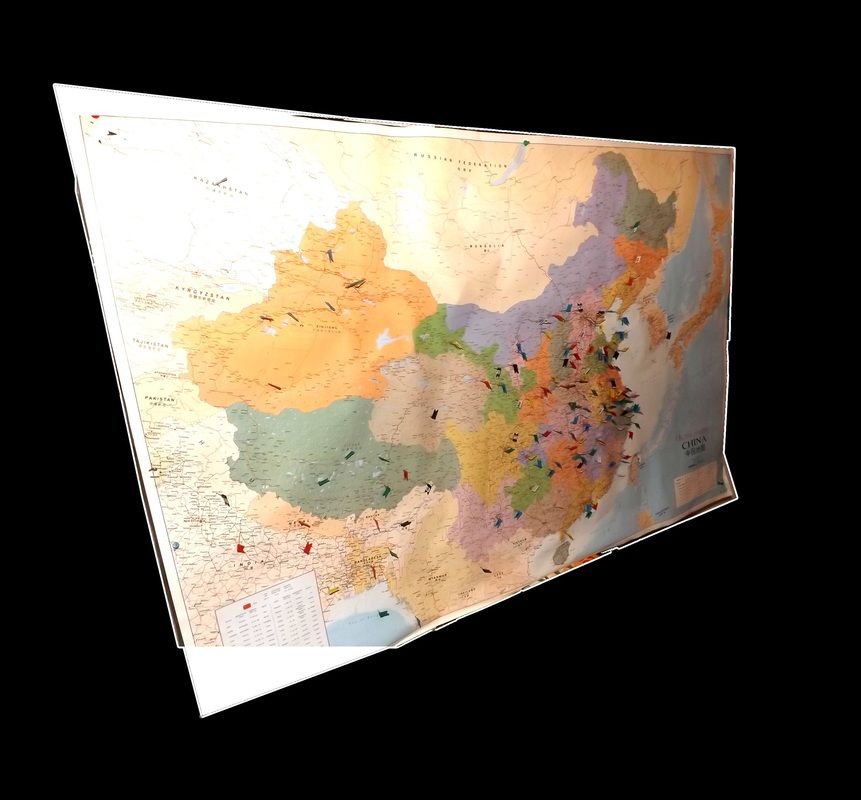 
the map was attached to the cafe wall and a container of numbered flag pins put on the counter. by way of a sign, customers - in this high density chinese student area of liverpool - were invited to stick a flag in the map marking their place of origin and write their name and flag number on a sheet of A4 next to the map. after several weeks the map was filled with flags, mostly in the urban SE of china where the university of liverpool has a recruiting office. the map created discussion and participation and was aimed to reduce in a small way the sense of alienation students might feel in a foreign city. 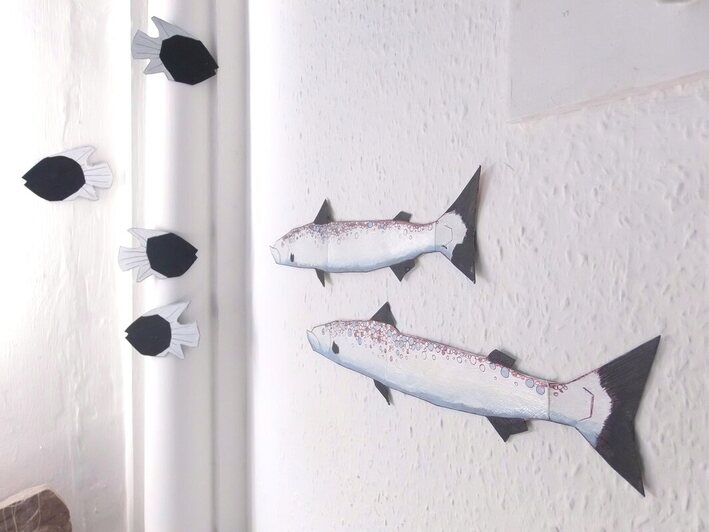 
cardboard cut out and wall painted fish in residential bathroom