The 4k vegan additive-free boycott diet
i've been on this diet for the most part of a decade now. it's aimed at being empowering for someone with radical political sympathies and to humiliate those without them in such a way as it might get them to change their behaviour. the main elements are boycotting additives, boycotting as many unethical corporations and countries of origin as you can manage, limiting your food intake to products sourced within a 4000 km radius (this stretches to north Africa, the Mediterannean east coast and the western nations of the old Soviet Union). many of these countries do not export food products to the UK, some export a few items, and a small list of alpha nations export a large number of products. for example, Egypt may only supply grapes in season, Turkey will supply hazelnuts and not much else. but these items are valued when you have them. other countries such as France, Italy, particularly Spain, and of course the UK itself, will supply most of the things you will buy. 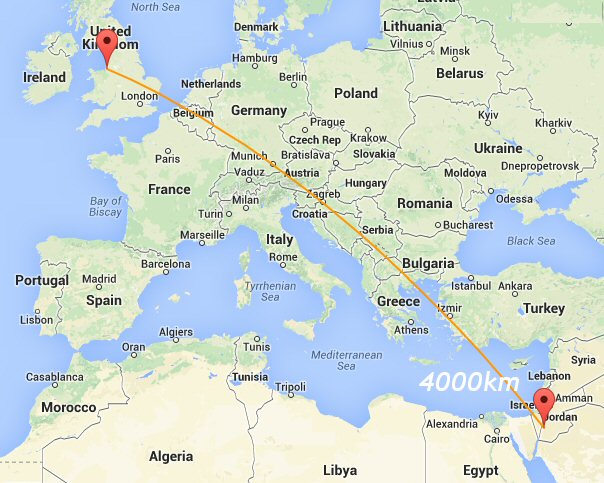 not all products are available in your local shops or supermarkets even if you live in a city but this is a tech savvy diet and some things can be got from the internet. the diet can be spartan and over the years I have allowed myself a limited number of exceptional products (chocolate, rice) and have allowed a guest country to provide food stuffs even tho it falls outside the 4000 km radius. in this way I have been able to eat either Indian or Chinese products on rotation as well as my staple 4k foods. in reality this means being able to buy spices and the occasional takeaway.

many food items these days are labelled 'product of the UK'. this is clearly ridiculous when it is written on the packet of some exotic dried fruit in H&B. in fact this statement means that the food was either packaged or processed – chopped or mixed with another food or something similar – in the UK. 'Product of the UK' items do not make the cut in this diet if the original foodstuff obviously comes from outside of the 4k limit.

i am a vegan because i reject the need to kill animals. we don't need animal products in our diet therefore they are a luxury for those people that choose to eat them. this means carnivores, pescetarians and vegetarians prioritise their unnecessary indulgences above and beyond animal welfare. unacceptable.

i reject E numbers not because they make me unhealthy but because the people who put them in my food think it is acceptable to poison me in order to turn a profit. it isn't a question of your body being a temple. i'm an advocate of respect for your body but i aren't some kind of iron pumping macrobiotic obsessive. it's a matter of resisting the corporations who are going out of their way to poison you, whose employees sit back in plush boardrooms and shopfloor canteens happy to profit from filling your body with chemical effluent.

There are other ways in which food is polluted and why it must be rejected. Food producing corporations and countries of origin often have charge sheets as long as your arm. It is up to you which corporations you boycott. I've boycotted the following for many years and for a vartiety of reasons – Tesco, Asda / WalMart, Sainsburys, Marks & Spencer, Coca-Cola, MacDonalds, Israel and more recently Palestine. I don't want food produced by people who kill children.

restricting the range of your food miles radius to something practical like 4000 km (I did it for half a decade at 3000 km) reduces the effect of transport costs to the environment – oil consumption and gaseous pollution. this is a green diet.

so what happens when you stop eating animals, E numbers, food that has come from the other side of the globe to offer out of season treats and food drenched in the blood of corporate exigency?

you become empowered. regimes don't fall, corporations don't stop ruthless practices, but you stop participating in those practices yourself. on a personal level you wash your hands of these crimes. and that is as much as we can do. take it from me, you feel much stronger in a moral sense when you deal with many situations in everyday life because of the daily action you take with your diet. and that is the operative word – action. you are no longer being a passive consumer. you are proclaiming “i support a green environment, human rights, animal welfare and i am prepared to make sacrifices to demonstrate that”. it makes your own radical evangelism possible and credible because you are living up to your ideals and this broadens the whole radical dialogue.


the only downside is that you are human and you are dependant for your survival on the existing economic order. whilst i boycott Israel and Palestine for terrorist practice any half informed person would also boycott UK produce for the same reason. but i live in this country and i am dependant, reluctantly, on its food production. this might appear to make the boycotting arbitary. it isn't in this example if you factor in the practicalities of survival but in another way arbitariness is a strength whereby each person can tailor the companies or countries they boycott to their own interests. if you give a shit, any kind of a shit at all, i recommend you convert to this diet. it's reasonable, humanitarian and a practical expression of resistance. vive la revolucion.